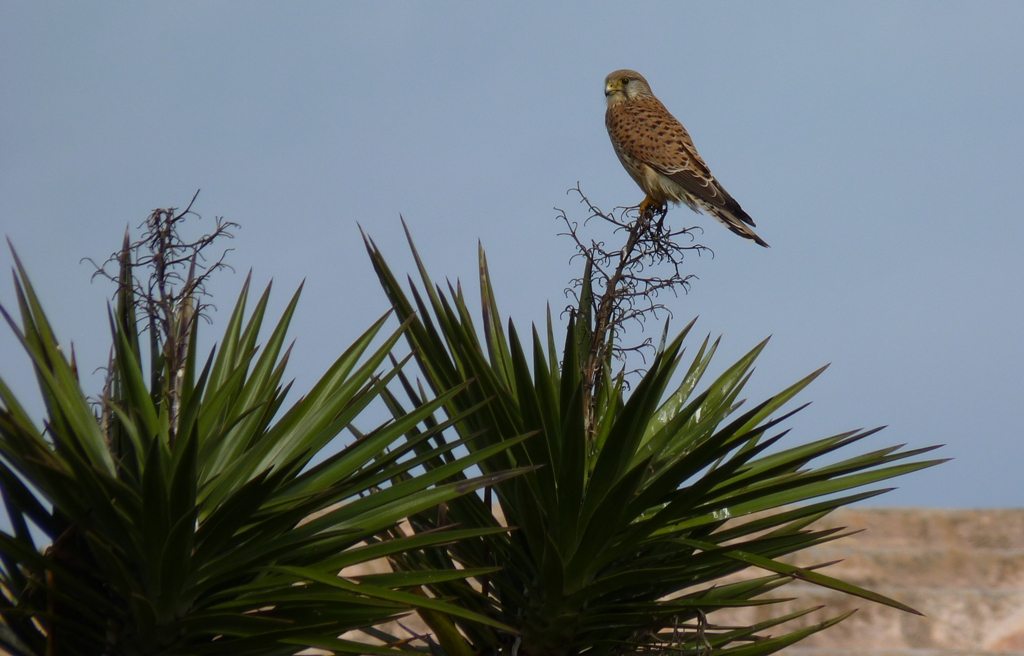 Menorca’s large expanses of farmland, integrated with areas of forest and woodland, as well as its coastline, with high cliffs, unspoiled sand dunes and wetlands make perfect habitats for its high population of both migratory and resident birds.

The most significant birdlife to be observed has to be the birds of prey, with large Egyptian vultures, booted eagles, buzzards, red kites and peregrine often sighted, especially in the hidden ravines which run from the centre of the island to the southern beaches. Smaller birds of prey such as falcons, kestrels and sparrowhawks are often sighted and sometimes the silent flight of the oliva, a large owl with white plumage is observed. Menorca also provides a safe haven for royal kites and fish eagles, both extinct in many areas.

The woodlands of holm oak wild olive and pine throughout the island are full of smaller birds such as nightingales, hoopoes, blue rock thrushes and bee-eaters. Partridges, quails, wild pigeons, nighthawks also brighten up the countryside.

With its strategic position in the western Mediterranean, the island is an ideal place for migrating birds to stop for the winter and take advantage of the mild climate and rich food resources the island’s wetlands have to offer. These idyllic conditions are also enjoyed by large numbers of resident birds such as mallards, coots, water hens, greater flamingos, storks and egrets.

Enthusiastic bird watchers visiting Menorca can often have the pleasure of witnessing as many as seventy different species of resident and migratory birds during their visit to the island.