From hobby to commercial enterprise

It was back in 1979 when local man Carlos Anglés planted his first vines on several hectares of land at his home on the outskirts of Sant Lluís. Over the years, what started as a hobby making wine for friends and family to enjoy, became a way of life. With time, experience and dedication, the grape varieties were selected that would deliver the highest quality wine as well as thrive in the island’s unique climate. 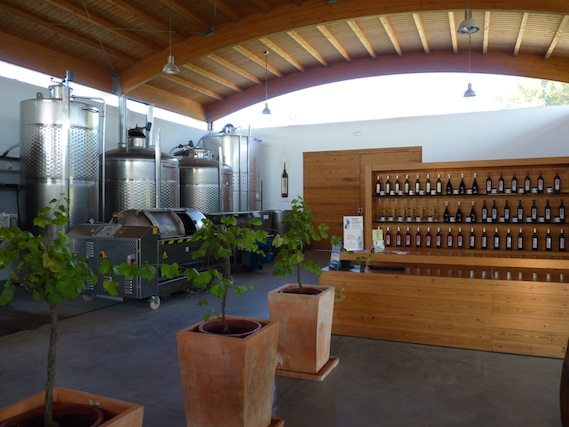 In 2000, Carlos acquired 10 hectares of land at Binifadet, on the other side of town, which were then prepared for growing vines. The first Binifadet wines were launched onto the market in 2004 and in May that year, the modern purpose built winery, designed by local architect Lluís Vives, officially opened its doors to the public for tours and tastings. Today, the family-run vineyard covers 18 hectares (more land has recently been purchased) and produces around 55,000 bottles of wine each year.

Built on two floors, this state of the art building houses the very latest equipment. The upper floor is dedicated to making the wine while the lower level is exclusively for bottling, labelling and wine aging. The cellar has been excavated into the Menorcan ‘marès’ (limestone) itself which is perfect for keeping the temperature and humidity very stable, ensuring neither mold nor excessive evaporation.

The chalky limestone subsoil and topsoil of local Menorcan stone and clay characteristic of the south of the island provide the ideal terrain for cultivating the vines. The plots are all enclosed by Menorca’s typical dry stone walls which not only look picturesque but also protect the vines from Menorca’s infamous ‘Tramuntana’ wind that blows from the North.

The winery has evolved over the years and now offers tours, boasts a restaurant and even offers an event space for special occasions and weddings.  For more information and to book your wine tour, available in various different languages, visit their website:

The charming terrace and dining area outside the winery is just perfect to relax and soak up the tranquil environment as you gaze out over the vines. Here you can enjoy a coffee and pastry, a glass of wine or two (of course!) or sample some of the delicious Menorcan themed cuisine on offer. From light snacks such as Menorcan cheese, salads and stuffed courgettes to duck confit, pork cheeks with Chardonnay sauce and grilled tuna, each dish has been given an innovative twist to complement the wines. Desserts are not to be missed, and include Binifadet’s own cheesecake with ‘wine jam’ topping and famous wine-based ice creams.

From June to September, the terrace is open daily from 09.00 hours to midnight, promising an unforgettable experience and is a must for anyone visiting Binifadet

Binifadet wines are produced from the Chardonnay and Muscatel grape varieties for the whites, Merlot and Syrah for the reds, and the Cabernet Sauvignon grape for the rosé. Binifadet is also the only vineyard in Menorca to produce sparkling wines, both white and rosé. For more information about the different wines produced, click here.

Binifadet wines are now an increasingly popular choice in local island restaurants and can be found in some of the best restaurants and hotels in Mallorca, Barcelona and Madrid and, most recently, in exclusive German delicatessens. One particular accolade is that the Binifadet Chardonnay has been judged to be within the ten best Spanish Chardonnays, and could be found on the wine list at world-famous restaurant El Bulli.

Revival of an ancient tradition

Binifadet wines are testament to the recuperation of Menorca’s winemaking tradition. Back in the 18th century during the British occupancy, over 1.5 million vines were planted in the Sant Lluis area alone, and it is documented that several houses around the Binifadet vineyard were originally used as wine cellars. At this time, the port of Mahon was where many ships first entered into Europe, and consequently there was a thriving export trade. British soldiers are even known to have been paid part of their wages in wine! However, following a drop in wine production when the British domination ended and the subsequent plague of philoxera in the late 19th century, the Menorcan vineyards were wiped out entirely. It has only been during the last decade that new vineyards have been planted, and Menorcan wines have once begun to reappear and flourish. 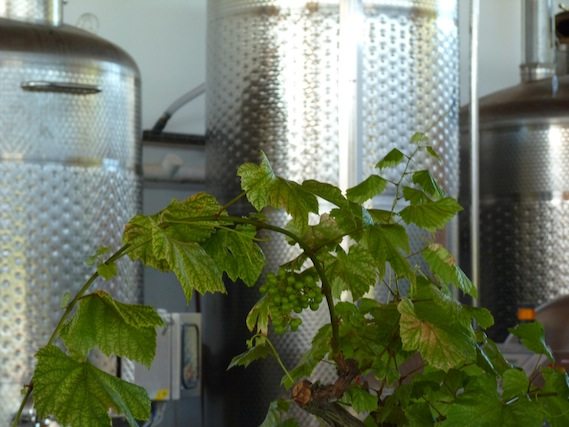