Carnival is traditionally a time of feasting and celebration immediately prior to the strict Lentern period of abstinence and repentance before Easter. In all the towns around Menorca, all sorts of Carnival activities are planned, including lively parades with decorated floats and people dressed in elaborate costumes and masks and Carnival Balls, accompanied by plenty of eating, drinking, dancing and generally having fun. The processions may not be as lavish as in other parts of Spain, such as Cadiz and Tenerife, but a huge amount of time and effort goes into the floats and costumes, especially for children, and even pets…! The popular Llucmaçanes Carnival Giants, Gorguina, Xisca, Pili, Bernat and Xim (as shown above) also take to the streets to entertain the crowds. 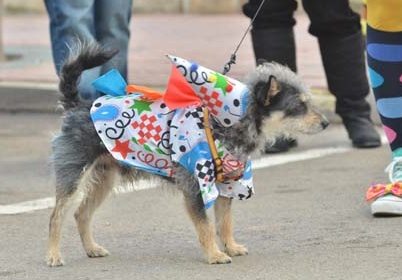 In Menorca, the celebration of ‘Carnaval’ or ‘Carnestoltes’ is also known as ‘Els Darrers Dies’ (The Last Days), as it marked the last days of indulgence before Lent. Although most activities focus around these few days and especially the Saturday, in ancient times, the build up to Carnival started at Christmas with the season of public winter dances which then ended on the last Tuesday before Lent. 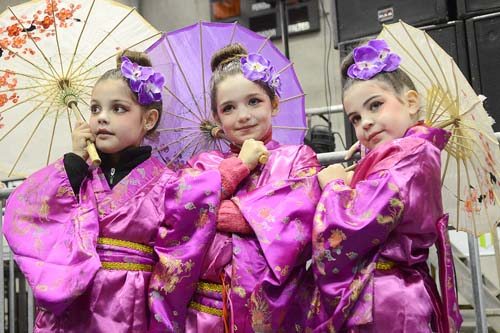 Dijous Llarder or Fat Thursday is the last Thursday before Lent and takes its name from the word ‘llard’ meaning ‘pig fat’. In bygone times, the importance of special meals was much more pronounced than these days as the daily diet of Mediterranean societies was much less extravagant and so Carnival became a great opportunity and excuse to overeat. Families would slaughter a pig and eat it all which included ‘porquejades’, spicy sausages with a very high fat content – not so popular today…! However, pork is still a prominent Carnival food, with a ‘torrada de sobrassada’ being a local favourite as well as sweet biscuits and pastries filled with pumpkin jam such as crespellets and pastissets. 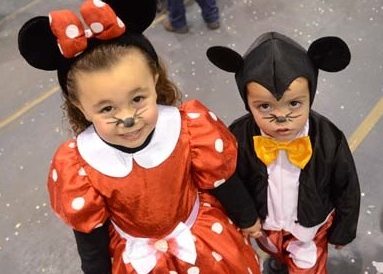 Also on this day, in Menorca as well as many other parts of the world, it was customary for small children to dress up and go out into the streets, and over the years it became a day for children. This tradition has grown and today many towns organise children’s dances and costume competitions, for which the preparations start weeks in advance at home and in schools to create the costumes. 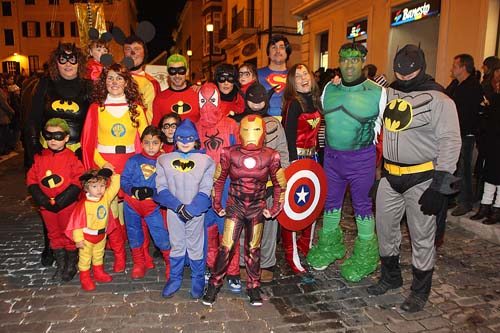 Divendres Bord or Board Friday was a day of preparation before the main celebrations the next day, when the finishing touches were put to costumes. These days, children often wear their costumes to school and parade in noisy groups with their teacher and classmates around towns. In the evening, the party atmosphere and festivities began with some towns organising masked dances, a tradition which continues in Ciutadella with the Carnival Balls or ‘Baile de Carnaval’ held in the Casino 17 de Gener.

Dissabte de Carnaval or Carnival Saturday was a day of fun and revelry with many people dressed in disguise and taking part in processions and public dances in towns around the island. The parade in Maó is now very popular, attracting processions of people in brightly coloured costumes and masks, either on foot or on elaborately decorated floats. They tour the streets accompanied by the band playing Carnival music and the Carnival Giants, after which prizes are awarded for the best costumes and most imaginative floats. This is followed by a grand Carnival Ball to which everyone is invited and the town is filled with people dressed up in all sorts of disguises…! Saturday is a big day for Ferreries too, with the lively procession of floats through the streets and Carnival Ball attracting townsfolk and crowds from the surrounding area. 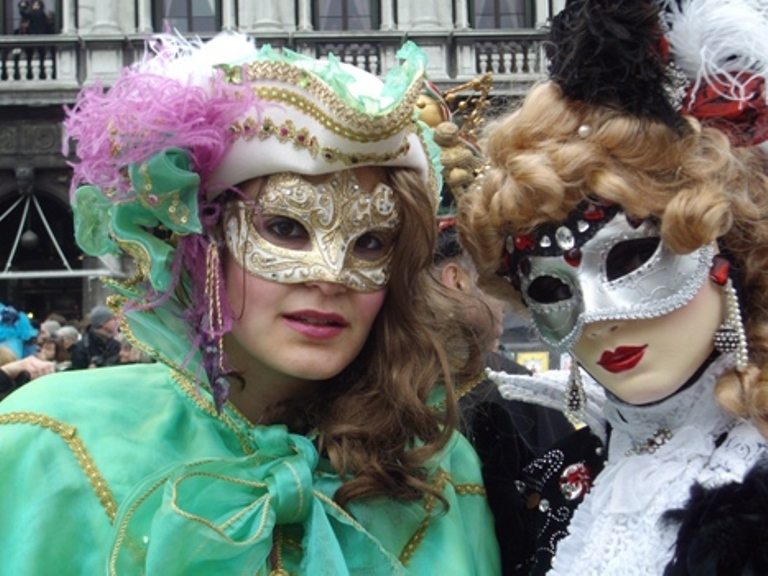 Ciutadella has become famous for its traditional folk dances and singing that take place around the town. Of particular note is the ‘Ball des Tapadets’, an ancient peasant dance that is performed specifically during Carnival and involves a group of people who sing a fandango while another group dance, in masks, to the music. While the song has finished, the dancers remove their disguise and leave and another group enters and starts to dance. Also in Ciutadella, the Estudiantina del Casino 17 de Gener, a long established male coral group, takes to the streets with their singing before visiting various organisations and institutions for donations to maintain the society. 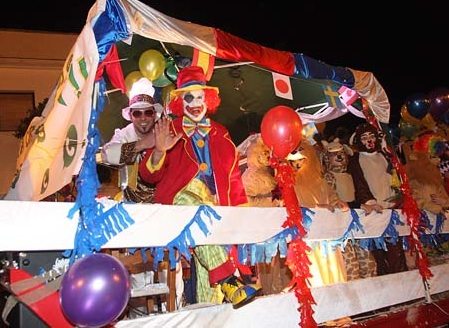 Since the beginning of the 20th century, on Diumenge de Carnaval or Carnival Sunday, there has been a pig raffle in aid of the hospital in Ciutadella which has become a main event, has the popular parade of floats through the streets of the town, organised by the Casino 17 de Gener.

Darrer Dilluns or Last Monday is a quieter day in most towns on the island, apart from in Alaior where the Carnival festivities continue with the famous Revetlla del Darrer Dilluns de Carnaval, a public party with dancing and live music until the early hours of the morning. 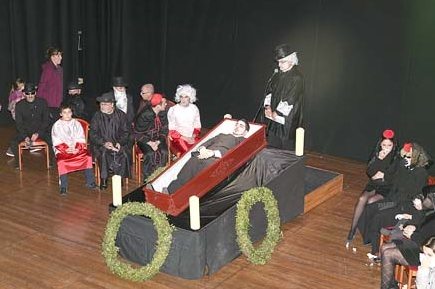 Darrer Dimarts or Shrove Tuesday marks the finale to Carnival. Around Ciutadella, and in other parts of the island, following ancient custom, friends and families gather for a typical sobrassada barbecue (traditionally in fields at sunset). Sant Lluís holds its Carnival Ball in the evening. While in Maó, there is the mock funeral of Camestortes which brings together all the elements of Carnival – joy, mimicry, fancy dress and excitement. 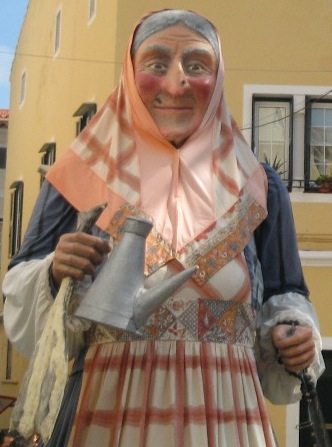 This wonderful Burlesque burial procession is a parody, where the death of winter is represented symbolically in the character of Camestortes who, as the old year, has to be killed to allow the onset of spring. It is enacted complete with widow, mourners dressed in black and the reading of a satirical will, and marks the end of the Last Days or Carnival to give way to Lent and the arrival of s’Àvia Corema or Lentern Grandmother.

This fictional caricature of an old hag has seven feet to represent the seven weeks of Lent, one of which is removed each week. In keeping with Menorca’s tradition of including Giants in its festivities, Maó introduced a new Giant of s’Àvia Corema in 2005. The old lady parades through the town every Saturday and to the delight of the children, loses a foot until the last Wednesday before Easter when the final foot is removed and is followed with a children’s party with hot chocolate.