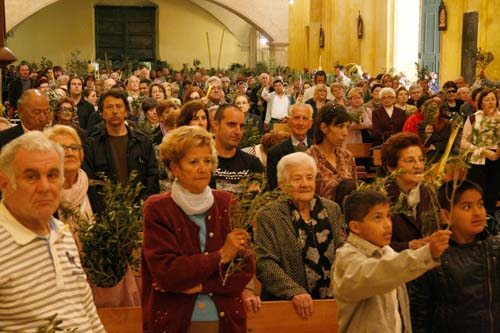 In Menorca, there are three public holidays on Holy Thursday, Good Friday and Easter Monday, when banks, businesses and shops are closed, making it the longest festive break of the year. While some residents take the opportunity to escape from the island, lots of mainlanders choose to visit Menorca making for a good holiday atmosphere and often heralding the start of the holiday season. However, this year, while most holiday locations with remain firmly shut until the beginning of May, the restaurants, bars and hotels will be open in the towns with many putting on special well priced Semana Santa menus (check locally for supermarket opening hours). And, if the weather is fine, the beaches are simply stunning – almost deserted and perfect for a stroll and a picnic on the sand in the warm sunshine. 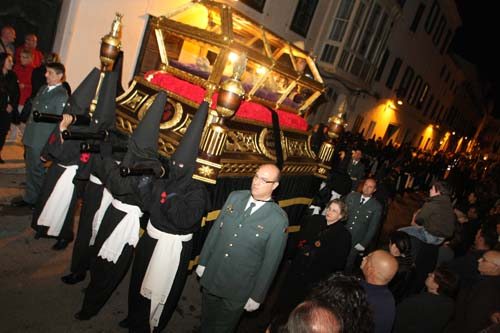 The Semana Santa celebrations and parades are very well attended in towns throughout the island and begin on Domingo de Ramos (Palm Sunday), Processions and special church services are held for the ‘blessing of the palms’ which are made from palm tree leaves that are protected from sunlight so they don’t turn green and remain very flexible enabling them to be intricately woven or braided with ribbons. In Maó and Ciutadella, religious guilds (cofradías) take part in the first of the Easter processions known as the Via Crucis (literally Way of the Cross) or Path of Suffering which tells the story of Jesus from his condemnation through to crucifixion and burial. 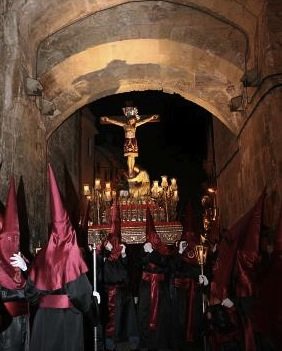 The most religious and solemn event is on the evening of Viernes Santo (Good Friday) when the ‘Santo Entierro’ (Holy Burial) processions take place in the main towns. These are devoutly watched or followed in silence by the huge number of people who turn out to remember the sacrifice of Jesus. Starting out from the parish church, various religious and town guilds, dressed in tunics with hoods and full face masks, carry holy images around the streets, the only noise coming from the melancholy sound of the drums, bugles and local bands. The Santo Entierro processions in Maó and Ciutadella which include large floats carrying religious effigies are particularly moving and spectacular. 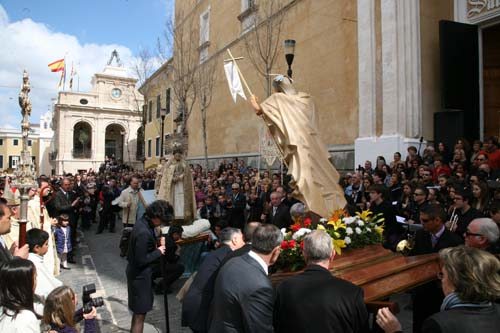 In contrast, on Easter Sunday morning, the sound of church bells rang out in celebration all over the island to announce the Resurrection. The special ‘Procesión del Encuentro’, a tradition which started in Es Migjorn, is now re-enacted in a number of towns when the statues of the Risen Christ and the Virgin Mary make their journey to be reunited in front of the parish church. This joyful act is accompanied by the ancient and cheerful songs ‘Deixem lo dol’ (Let’s stop the mourning) and the traditional ‘Regina Coeli’ (Queen of Heaven), is sung by both the choirs and spectators who fill the streets as they follow the processions. 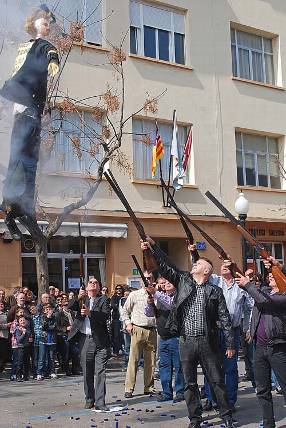 Specific only to Ciutadella, a very different and unusual tradition also takes place on Easter Sunday, the Matança dels Bujots (killing of the straw dolls) took place. This is when effigies symbolising contentious people or issues currently in the news are strung up around the town. They have placards around their neck stating their ‘crime’ and become the targets for marksmen who literally shoot them down on the stroke of midday…! Last year five of the nine ‘bujots’ highlighted the increasing discrimination against Menorca regarding air transport options, especially the low number and high cost of connections compared with the other Spanish islands and lack of direct flights to the mainland and other destinations. Tourism, government cuts and corruption were the protest subjects themes behind the other dolls with messages such as: “We are outraged. We want affordable flights. We want tourism. We want transparent policies. We want to work..!”