For a taste of authentic Menorca, this fiesta is well worth attending and the main events to look out for are as follows: 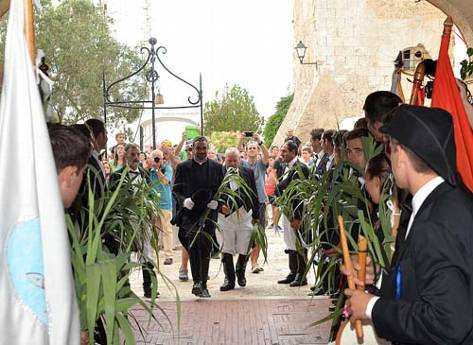 Typically around the 10th of September.  On the Saturday afternoon at 17.00 hrs, there is a peal of bells and the Giants of Es Mercadal parade the town. At 18.00 hrs, the cavalcade starts to gather and the ‘fabioler’ goes to Plaça de l’Església to ask for permission to start the fiesta and the first notes of the flute are played. The Caixera Sobreposada is collected from her home and goes to the church square to collect the flag of San Nicolau from the priest who will preside over the cavalcade. The first ‘Jaleo’ of Sant Nicolau is at 19.00 hrs, after which the cavalcade tours the main streets of the town before Mass (Completes) in the parish church and the Caixer Sobreposada is escorted home. From around midnight, there’s a public dance in the Plaça Pare Camps until the early hours. 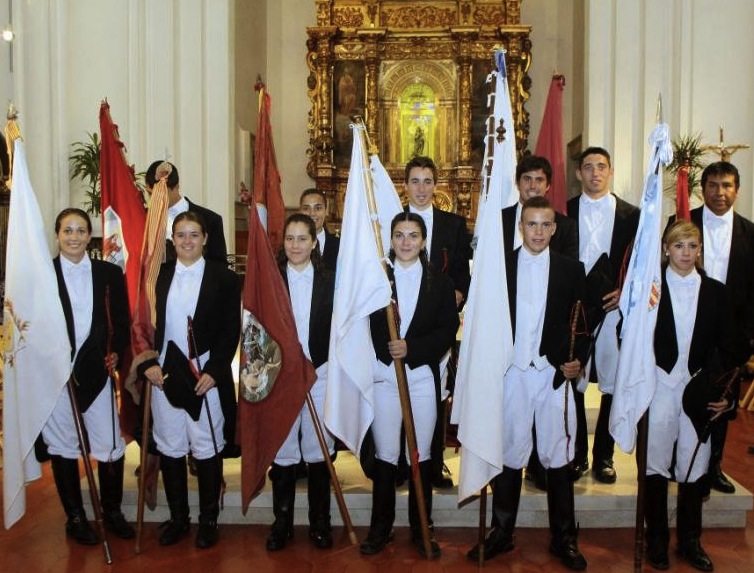 Sunday begins with the Morning Reveille before the fabioler collects the caixers (horse riders) at 09.00 hrs and the cavalcade gets ready to depart. All the ‘banderas’ (flags) representing all the different towns on the island are collected by each Caixer Fadrí from Plaça de l’Església and the cavalcade makes its way to the top of Monte Toro. At 11.00 hrs, there’s a celebratory Mass for the ‘caixers’ (horse riders), followed by distribution of the traditional ‘aigua-ros’ (rosewater) and ‘panellets’ of Sant Nicolau. After Mass, the second ‘Jaleo’ takes place and the triumphal green canes are handed out to the caixers by children dressed in traditional Menorcan costumes. After refreshments for the caixers in the Posada del Toro restaurant, the cavalcade descends to Es Mercadal and the fiesta flags are returned to the Plaça de l’Església, before the finale party of Sant Nicolau begins. 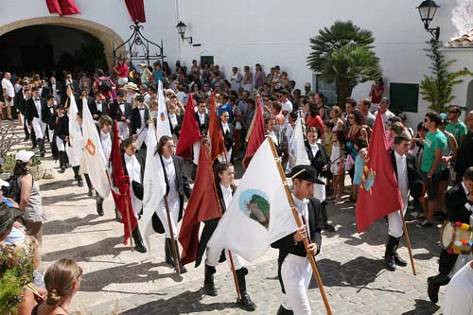 (Unfortunately, this year due to the threat of heavy rain, the programme had to be changed for the safety of the horses and riders, which meant cancelling the Jaleo. However, the caixers were presented with their traditional green canes and silver spoons and a few ‘bots’ were performed to the delight of the crowds who still enjoyed this special event on Monte Toro.)