Excellent choice for all levels of experience

With its extensive network of cycling routes away from main roads, Menorca offers more than 3,000 kilometres of paths, tracks and roads that are feasible by mountain bike with a great choice of rides to challenge and satisfy all levels of experience.

Many of the tracks are unpaved but with a hybrid or mountain bike, most rides are easily within the abilities of most cyclists. However, there are some that demand greater technical expertise with short steep climbs and drops that are not for the fainthearted. 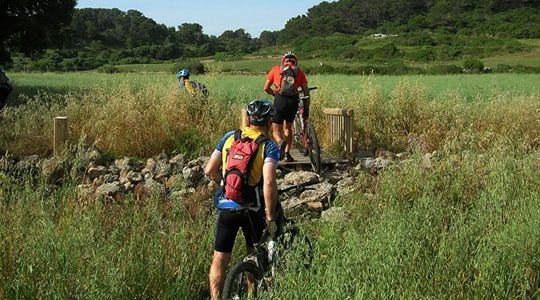 For those who prefer to stay on the paved roads, many of the country lanes barely see any traffic and are an excellent way to explore the quiet villages, hamlets and country churches. In contrast, the larger towns of Maó and Ciutadella now have well organised cycle paths that enable cyclists to visit parts of the older town centres which are inaccessible by car.

There is now a new cycling route through the centre of the island that avoids the principal main road but includes the larger towns of the Alaior, Es Mercadal and Ferreries and passes by the extraordinary Talaiotic megalithic stones erected by the first settlers on the island. This cycling trail also passes along the Camí den Kane or Kane Road, one of the oldest roads on the island, built and named after the first British governor and now a tranquil country lane which winds between the smaller inland villages and hamlets of the interior.

In addition, you can quite literally cycle your way around Menorca. The unpaved bridle path of Cami de Cavalls is almost 200 km long and extends around the island and makes an unforgettable cycling experience. The track, which mainly follows the coastline, has only recently been re-opened in its entirety enabling cyclists ramblers and horse riders to access hidden beaches and coastal woodlands. The northern coastline is more rugged whereas on the south coast, the Camí de Cavalls follows the more gentle undulating countryside passing by tiny isolated coves and longer beaches of sparkling white sand. In summer, the cafes and restaurants in the small resort villages are open for rest stops, and the beaches are perfect for a quick cooling swim in the heat of the day.

Fun and easy to hire

Hiring a bike is also a fun and economical way to visit the local beaches and area around where you are staying and can often be hired on a daily basis, but remember to have appropriate clothing.

Cycles of all kinds, from the ordinary touring bike to top class road racers and mountain bikes can be hired from specialist sports shops in the main towns and from activity shops or watersports centres in the resorts around the island, although beach resort prices tend to be higher. A tip is to bring you own helmet for comfort which will also save on additional hire charges. 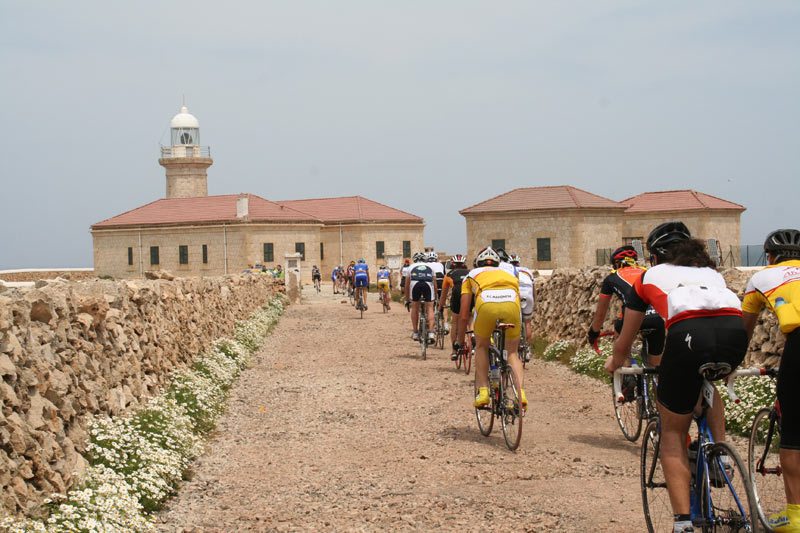 Throughout the year, the Cycling Association runs the Menorca Challenge, a series of local and international events and competitions for members and visiting cyclists. 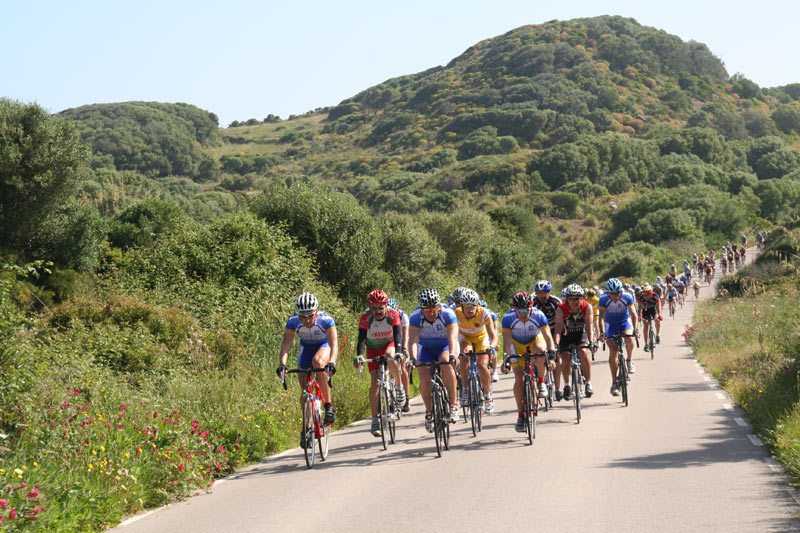