The 2nd Duke of Argyll John Campbell was the first ‘titular’ Governor of Menorca, who received orders from Queen Anne in 1712 to capture the Spanish island of Menorca and make it a British colony. However, although Argyll remained titular Governor for the next three year based in London, all the constructive work was in reality carried out by Colonel Richard Kane who was initially appointed by the queen as Lieutenant Governor. Her Majesty stated to the Menorcans that “it is Our Resolution to render you a Rich and Flourishing People”.

Kane arrived in Menorca in November 1712, receiving the title Govenor of Menorca a few years later and, apart from two short intervals, remained on the island to fulfil the Queen’s command until his death 24 years later. Although his role on the island was predominantly military, he cared passionately about the Menorcan people and about their welfare. He faced numerous challenges. Menorca was extremely poor in those days, and Kane had very limited funds at his disposal with which to improve the overall situation, despite his regular requests and petitions to London.

However, notwithstanding many obstacles, his widespread achievements had a positive and significant impact on island life. He contributed to the lasting goodwill between Britain and Menorca, which continues to this day. He had a great sense of fairness and gave much importance to law and order amongst the British occupants and local population, reforming the legal system. He held a strong respect for the Menorcans, their traditions, customs and religion. He faced some fierce opposition and hostility from the Catholic church, which he tried to resolve, pleading for the appointment of a Menorcan Bishop, who would be more representative of the local people than one appointed from ‘outside’ the island. 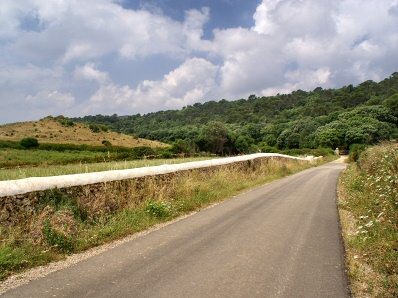 Kane’s main aim was to make Menorca more self-sufficient and less dependent on imports of food and other necessities, which were costly and unreliable. He introduced new breeds of cattle, sheep, poultry, seeds, fruit trees, especially apples and plums. To feed the cattle (some of which came from North Africa and others from England) he introduced the bright red clover plants which we see in profusion to this day growing in the fields. He instigated the first proper island maps to be made, and also improved arrangements and control of fishery. He regulated weights and measures used in the markets to prevent fraud, and improved trade by making Mahón a free port.

Conservation of rain water for irrigation and domestic use was also a priority and cisterns (some of which survive today, notably in Es Mercadal) and drainage channels were constructed. The “Es Vergers” area at the top of the harbour was found to be particularly fertile, and market gardens were created there, which again still exist today. He also took steps to improve the quality of the local wine production, which had an ‘unhealthy reputation’…!

Furthermore, visiting ships and their cargoes were scrutinised to avoid contraband and the importation of pests and diseases for which he introduced an early system of quarantine, and he was responsible for Menorca becoming the first place in Spain to abolish the infamous ‘Inquisition’. Another important development was the transfer of the capital of the island from Ciutadella to Mahón, due to its excellent harbour potential and hence stimulating its growth as the commercial centre, leading to a much greater political, economic and strategic importance for the whole island.

Finally, one of Richard Kane’s most significant legacies, which can be seen and enjoyed to this day, is the construction of ‘The Royal English Road’, still known as Kane’s Road (Cami den Kane). This had two major purposes. Firstly it served as an important strategic link between the main military fortresses of San Felipe and Cuitadella, allowing the movement of troops and ammunition. It also facilitated much more efficient communications between both ends of the island, particularly important for any incidences which might threaten the defence of Menorca from outside forces. (However, this worked as a double-edged sword in 1756 when the French landed troops near Cuitadella and were able to move easily up to the fortress of San Felipe).

Secondly, Kane’s Road created an efficient link between all the main villages on the island, namely Alaior, Es Mercadal and Ferreries, enabling farmers to bring their produce and cattle to market much more easily. Previously there had been a simple track traversing the island, only passable by a single man on horseback, without even room for a carriage. Kane’s Road took seven years to build, and was opened in 1720. He arranged that the cost be shared by the various municipalities through which the road passed, and it was built to rigid specifications: 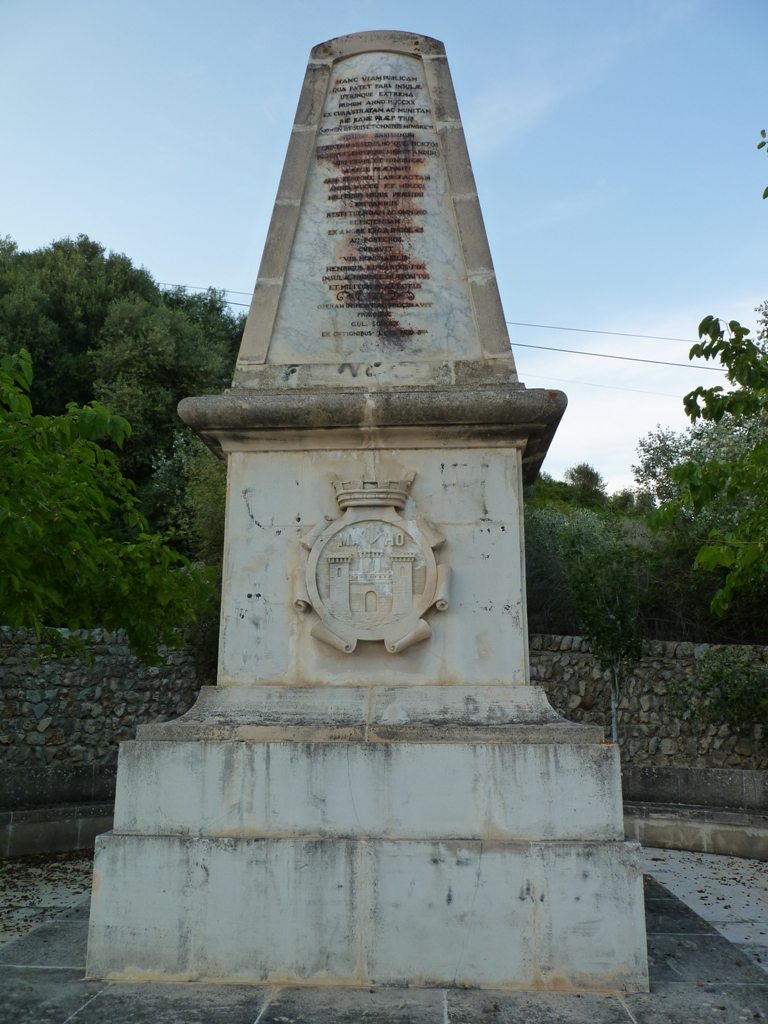 The road itself was to be 20 feet wide; the walls on either side built to a height of five feet. The bridges were to be constructed of stone and whitewashed; they were to be 10 feet wide with parapets of three feet high and one foot wide. Where the road passed through forested areas, no trees were to be cut. However, where there were few trees and shrubs, a fig tree was to be planted at every 20 feet.

Residents of Menorca are fortunate that much of Kane’s Road has been maintained to a good and roadworthy standard over the years, running today between the Fornells Road (near to the Es Grau turn off) as far as Es Mercadal, and it is one of the most charming and scenic rural routes on the island. The monument to Richard Kane is situated close to the start of the road. Upon it is a Latin inscription which translates in English as follows:

“This public road which crosses the island from one extreme to the other was opened for the first time and reinforced in the year 1720 under the care of Governor Richard Kane, named after him, and for all Menorcans. It is much appreciated with good reason and especially in this part of the island with its kitchen gardens and orchards to which is owed the ever-lasting memory of a distinguished man.

“Due to the deterioration caused by the hard seasons of 1800 and 1801, this monument was completely restored by British soldiers from this regiment and the road reconstructed with the gratitude of the inhabitants and for posterity.

“In the care of the honourable gentleman, Henry Edward Fox, Governor of this island and Chief of the Troops.

“Inspection and director of works: William Scholy, one of the Leaders of the 8th Infantry Regiment.” 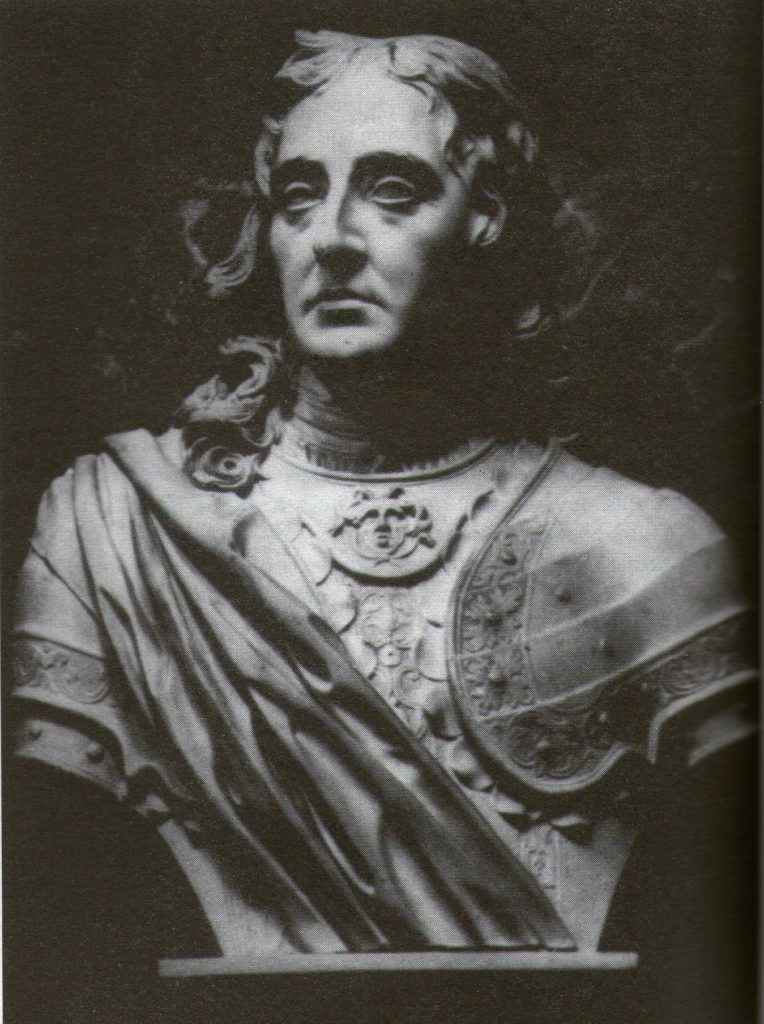 Richard Kane died in Menorca on New Year’s Eve 1736 and was buried in the castle at San Felipe. Unfortunately, due to the ravages of battle over the years, his tomb has been lost. However, there is a bust dedicated to him in Westminster Abbey, upon which some of his many achievements are inscribed in Latin.

That he died beloved of the people, despite the stormy times he faced, particularly with the Catholic clergy, is confirmation of his success as a Governor of, in his own words, “determined benevolence”. It has been said that no one has done more for Anglo/Menorcan relations than Richard Kane.

With thanks to Lorraine Ure, Friend of the Isla del Rey, for supplying this article.