There are so many wonderful things to do in Menorca that are specific to the island. To help you get the most from your holiday, here is the Menorca-Live Top Ten List of ‘Must Do’ Activities when in Menorca.

1. Take a trip around Mahón’s Harbour

A trip around Maó – Mahón’s Harbour 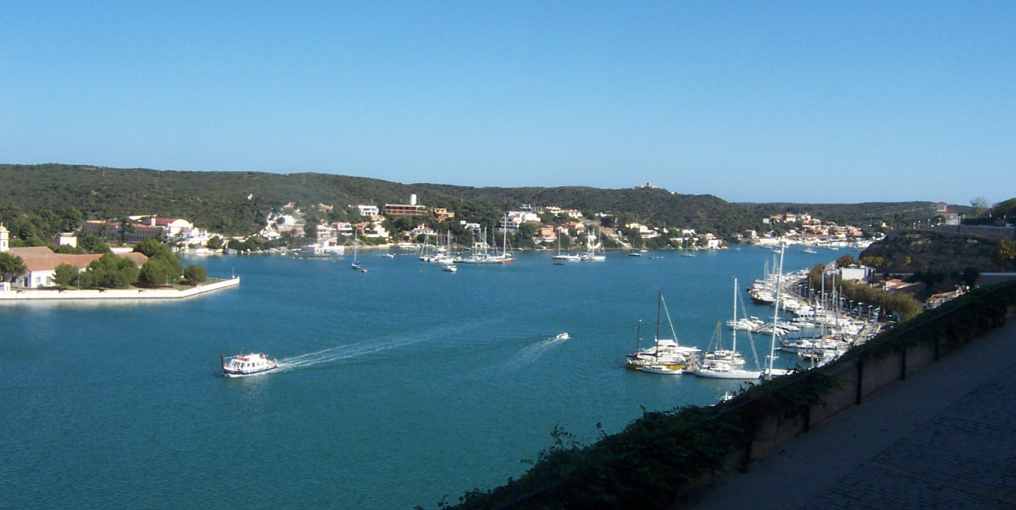 See Máo from the water and enjoy tour around the historic port on one of the glass bottom catamarans or boats that run regular excursions which last around an hour and see the fascinating landmarks that have shaped Menorca’s past as well as wonderful underwater views. La Mola Fortress, the Isla del Rey British Military Hospital, Lazaretto Quarantine Island, Fort Malborough and the Sant Felip Castle are just some of the fascinating sights you will see. Commentaries usually given in several languages.

2. Enjoy a view from the top – Go Paragliding

Paragliding does not come cheap but, you could get the thrill of your life!

Mount Everest it is most certainly not, but rising 358 metres above sea level Monte Toro is Menorca’s highest point from which the panoramic views across the island and even as far as Mallorca are spectacular. Located just outside the pretty town of Es Mercadal, the summit is approached by a steep winding road at the top of which there is a sanctuary dating back to the17th century, parts of which are still in use today by a community of Franciscan nuns. There is a little chapel which houses a statue of the Black Madonna, known as the Verge del Toro, and a large statue of ‘Jesus of the Sacred Heart’, dedicated to Menorcan’s who died in the Spanish Moroccan wars of the early 20th century, stands at the entrance to the sanctuary.

Horses are often referred to as one of the pillars of Menorcan culture and have playing an important role throughout the island’s history, from its defense systems and working in the fields to being the stars at the traditional local fiestas. There are many riding clubs where many equestrian activities can be enjoyed, allowing you to enjoy the Menorcan countryside from a new angle. Menorca’s mostly flat terrain makes it ideal for horse riding whatever your level of experience, from complete novices to experienced riders, making it perfect for pony trekking through beautiful woodlands and hidden rural countryside. Horse riding is very popular in spring and autumn, so advanced booking is essential. 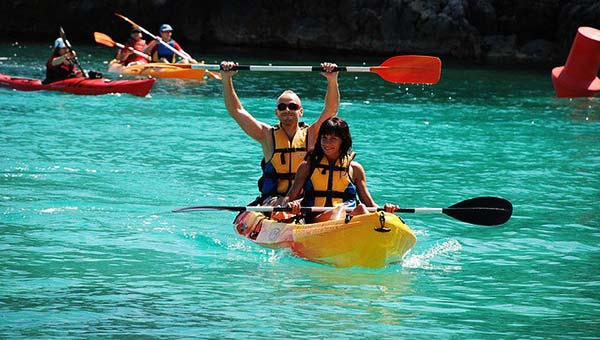 Menorca’s numerous coves and natural harbours make it ideal for enjoying of all kinds of water sports from the experienced enthusiast to absolute beginners.

The island is particularly very well suited to sea kayaking and canoeing with plenty of sheltered coves to explore. Many of the virgin beaches can only be accessed from the sea, so kayaking is a great way to discover them. There are centres specialising in kayaking and canoeing courses and equipment hire in most of the main resorts.

With plenty of sea breezes, autumn is also an ideal time to practice your sailing and windsurfing skills and perhaps take a course after the heat and rush of the summer months and while the sea is still warm with temperatures of around 25ºC.

Cova d’en Xoroi at Cala’n Porter is a spectacular bar with outside terraces is set within natural caves 25 metres above sea level. Watching the sunset while sipping a cool drink, accompanied by ambient music and breathtaking sea views, is one of the most memorable pleasures on the island that can’t fail to impress. By night, the caves are transformed into a very popular night club with live performances and playing all the latest dance music until sunrise. 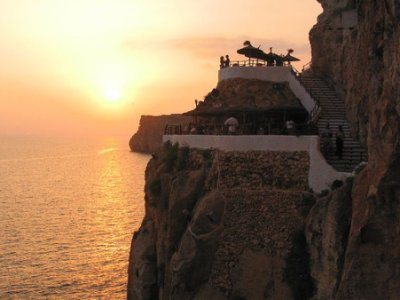 Check out the Ambient session from 18.30 – 21.00, May to end September (weather permitting). Opening times are subject to change, so it is best to check, and an entrance fee is charged.

6. Join in the party 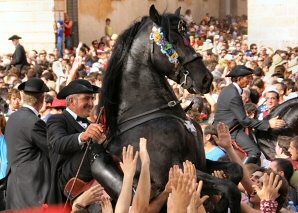 Menorca’s fiestas are a spectacle of colour, music and equestrian skills enjoyed by locals and tourists alike. Menorca, fiestas are held from June to September and are in honour of each town’s patron saint. Although religious in origin, today they are a good excuse to stop work, enjoy life and party non-stop for a couple of days.

During each fiestas, the magnificent Menorcan horse has a star role, the focal point without doubt being the ‘Jaleo’. This is where the horses adorned with ribbons and rosettes, together with their riders dressed in black tail coats and white riding breeches, parade through the streets to the main square. Here, they show off their equestrian skills, the horses dancing on their hind legs and even jumping in time to the traditional Jaleo music, played by the local brass band.

As well as horses, these colourful events also involve drinking plenty of Pomada – a combination of gin and lemon juice that dates back to the English occupation – and Coca amb Xocolati, a traditionally baked cake accompanied by a sweet chocolate drink. There are also games, races and competitions during the day, and concerts, live music and markets in the evenings, including a grand firework display on the final night. Menorcan fiestas are spectacle that it not seen anywhere else in the world and the atmosphere is infectious.

This month sees the fiestas of Maó from 6 to 9 September and Cala’n Porter from 16 to 19 take place.

7. Step back to prehistoric times

Live the historic Talayots of Menorca 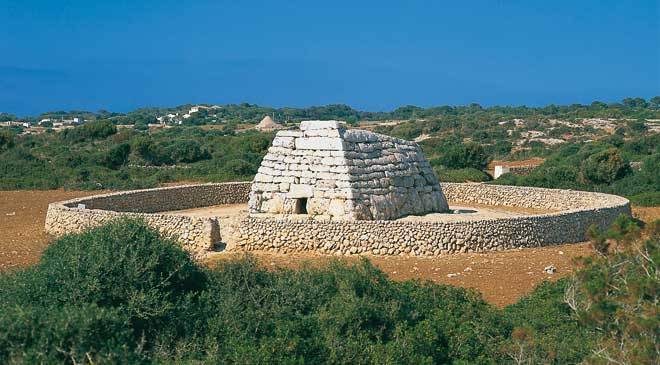 Discover the amazing prehistoric monuments scattered all over Menorca. These include Navetas which date back to around 1400 BC and resemble an inverted boat built from large stones and are thought to have been a collective tomb. Located just west of Ciutadella, the Nateta d’es Tudons is the most famous of these structures. Talaiots, dating back to around 1000 BC arw rounded, stone structures, built from large rocks thought to have been watchtowers, dwellings or burial places. The Talaiot at Trepuco near Maó is a particularly good example. Then there are Taulas, unique to Menorca, from around 800 BC consisting of two huge, rectangular, limestone slabs one vertical and the other placed horizontally across it in a T shape thought perhaps to be sacrificial alters, roof supports or places of worship aligned with constellations.

8. Swim to an isolated beach 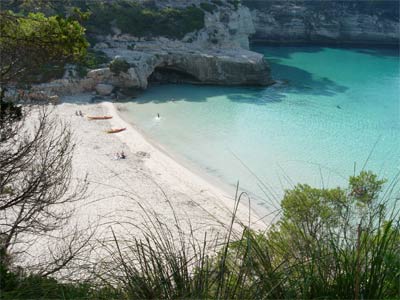 Menorca’s beautiful unspoiled beaches surrounded by crystal blue waters are one of the island’s main attractions. With a coastline of just 216 kilometres, Menorca claims more beaches than Ibiza and Majorca put together – some say there is a beach for every day of the year while other reports state around 120, with around 70 that can be accessed relatively easily. Each has its own personality, ranging from large stretches of fine white sand to tiny hidden rocky coves, and some can only be reached by sea.

What could be better than seeing Menorca from the sea and swimming to one of its spectacular virgin beaches where you can sunbathe, snorkel, enjoy something to eat or simply sit and relax under the cool shade of the surrounding pine trees. There are companies offering organised boat trips from resorts and harbours around the island to these beautiful beaches, passing hidden coves and magical places symbolic of Menorca’s unique coastline.

9. Have a flutter at the races

Trotting Races are very popular on the island. This is where the jockey sits in a small cart behind the horse and has to prevent the horse from breaking into a gallop. 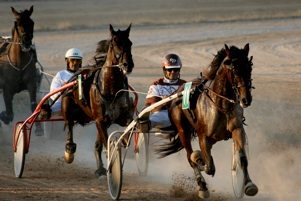 Aero Club and Hippodrome. Adjacent to the Aeroclub on the main Maó to Sant Lluís road, trotting races are held every Saturday evening at 18.00 hours in summer and Sunday mornings at 11.30 hours in winter, entrance free. 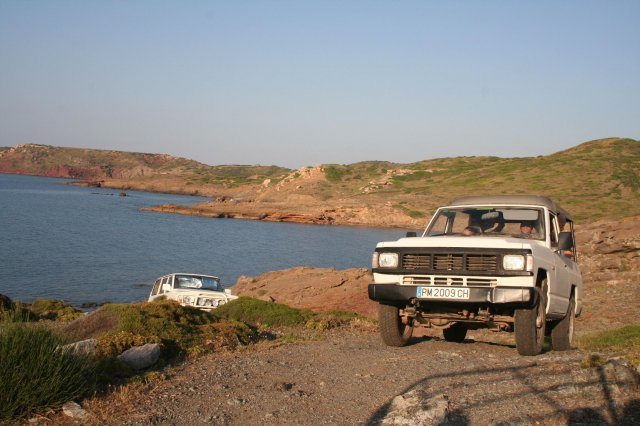 This well preserved 19th century fortress of La Mola at the entrance to Maó Harbour is open daily throughout the summer months, playing host to wide range of guided tours by foot, bike, and even horse. However, for something completely different, why not participate in a Jeep Safari…? Led by an experienced guide, you can explore interesting areas on the site in one of the all-terrain vehicles, some of which are closed to the public, enabling you to gain a broader view of the architecture and natural environment of this historic landmark. Fantastic fun for all al family from 5 or 6 years upwards. Duration 2 hours, advanced reservations only.