Freelance travel writer Jasper Winn recently spent two weeks in Menorca researching material for one of his specialist subjects, ‘Outdoor Activites’. Having visited the island several years ago to write a Travel Guide for the Balearic Islands, Jasper made a promise to return to walk around the Camí de Cavalls once this ancient bridle path that encircles Menorca had been completed, which is now recognised the GR-223 or Gran Recorrido 223 long distance walking path. 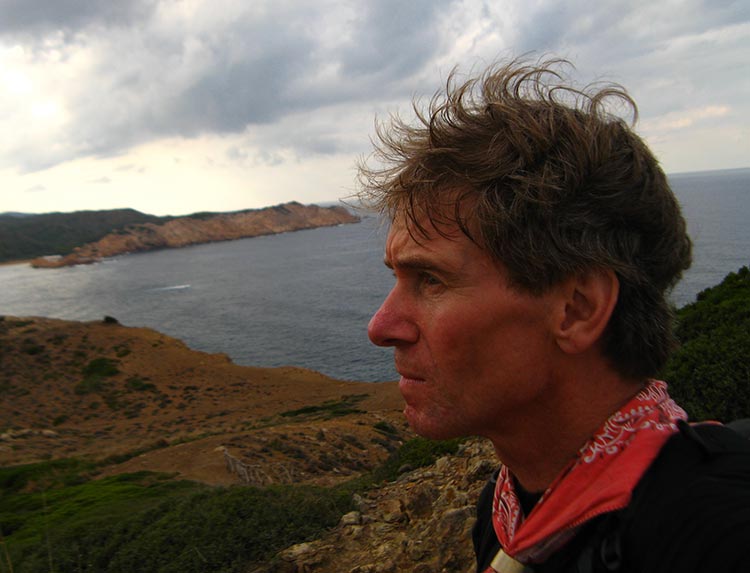 Jasper arrived in Menorca in the second week of October and throughout his stay the weather could not have been more perfect to enjoy everything the island has to offer in Autumn…warm sunny days, deserted beaches, stunning land and seascapes, a wide variety of flora and fauna (in particular the many species of resident and visiting birds including the Egyptian Vulture) and not forgetting some great Menorca hospitality and cuisine. And, the Camí de Cavalls trail was certainly worth waiting for…“It’s been wonderful as a subject and far exceeded my already high expectations…” enthused Jasper on returning to his starting point in Maó six days later.

So much so, that having walked the 186km route once, he then went round the island again, but this time on a mountain bike, horse and, taking to the sea, a kayak..!! Which is quite something for Menorca as Jasper’s extensive travels around the globe have taken him across five continents, witnessing some of the most extraordinary natural sights and extreme locations known to man.

Jasper’s first article will appear in the UK’s leading magazine for walking enthusiasts Country Walking. In addition, as an accomplished active leisure sportsman, Jasper will be writing about Active Tourism in Menorca over the coming months. A topic he also admits surpassed his initial expectations, not only due to the close proximity and variety of activities on offer, but also the varying levels at which these sports can be enjoyed, from novice to experienced, an important point for the more competent sports person looking for a challenge. 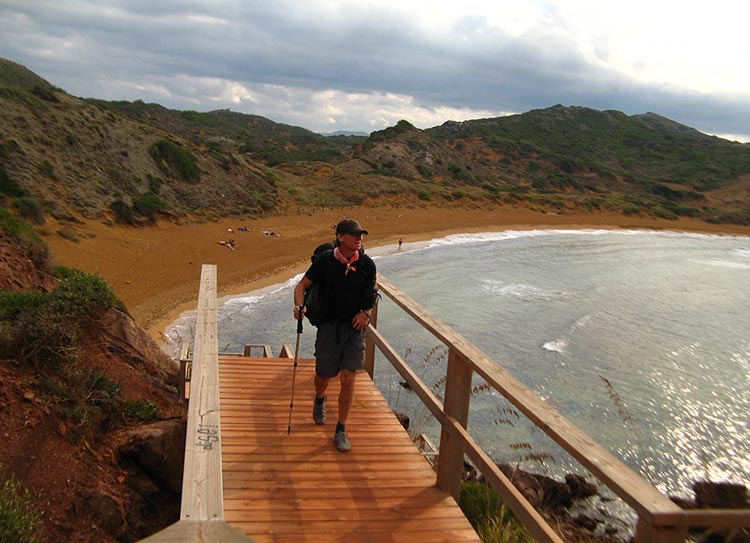 We hope to bring you several reports about Jasper’s various travels and adventures around Menorca and the places he visited in the New Year.

For kayaking enthusiasts, Jasper Winn has written a book entitled ‘Padle A Long Way Around Ireland’, an entertaining account of his 1,000 mile voyage around Ireland in a kayak. For more information visit: www.jasperwinn.com.

Menorca is promoted through a reporter for in hiking, nature and active travel.

The reporter Jasper Winn has spent just over two weeks to fully explore the island to develop its next reports, which will be published in specialized areas of the UK.

Winn has traveled the Horse Riding Track walk in full, and also enjoyed activities such as mountain biking and horse circuits, while at sea has used traditional boats and kayaking. Some experiences that move to your articles, the first of which will be published, probably, in walking magazine Country Walking On, which provided a 4- space pages that chronicle his adventures. In parallel, it also promotes the publication of reports in other media ( tourism active and gastronomy).

The photojournalist has stayed at various places during their stay, in order to know the different types : rural hotels, indoor, urban, beach resorts, etc. In addition , Winn has gone through various municipalities and restaurants, and has been known prominent places how Torre d’en Galmés or Illa del Rei.

In his own words, Jasper Winn Menorca has left very satisfied by his stay in the island for the tourist it offers and experiences that takes .